The Pathos of Rowan Jun, Now On Kindle!

The Pathos of Rowan Jun, Kindle Edition 2 (the FINAL version) is up for grabs now!

BURY YOUR HUMAN SOUL IN THE HEART OF A WARRIOR!“What are you, boy?” asked the Valkyrie.“A murderer,” Rowan said. “Nothing more.”“I will be the judge of your worth, now.”* * *Rowan Jun awakens to a new, violent world when the Slaveship QuellTruth crashes on the planet Unata.The human struggles to reconcile his bloody past with that of his new home, and sets out to become the greatest warrior Unata has ever known!

This sci-fi adventure begins when the title character Rowan is thrown into the mix with a race of warriors on a new planet. The reason? He sabotages the directional controls aboard the QuellTruth, on which he is a slave, in order to save 10,000 slaves from lifelong servitude. The result? The ship crashes, killing all the slaves he tried to free.

Rowan's guilt rises to strangle him as he seeks out refuge, freedom, and the ability to protect even just one person with his new skills as a warrior. Then a new enemy brings war upon Unata. The creatures—the warrior class from the Slavers’ race—thirst for vengeance over their losses, threatening to wipe out all Unatans. Can Rowan overcome his paralyzing past, to fight and protect his new home? Will he prove for the first time that he can become the Champion of Unata? 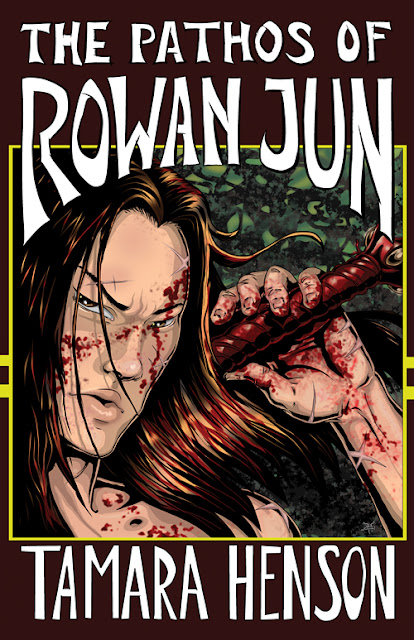 Not counting the full color cover, the book has 12 illustrations. The map and one other illustration are in full color, for devices that have that functionality. However, they still look great in black, white and gray! 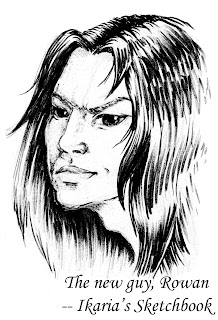 I hope you enjoy the story. Thanks for stopping by!

Tamara Henson
Barbourville, KY, United States
I'm an artist, novelist of sci-fi fantasy stories, and avid dreamer. Find out more about the world of Unata and my other work on my website: http://www.tamarahensonstudios.com